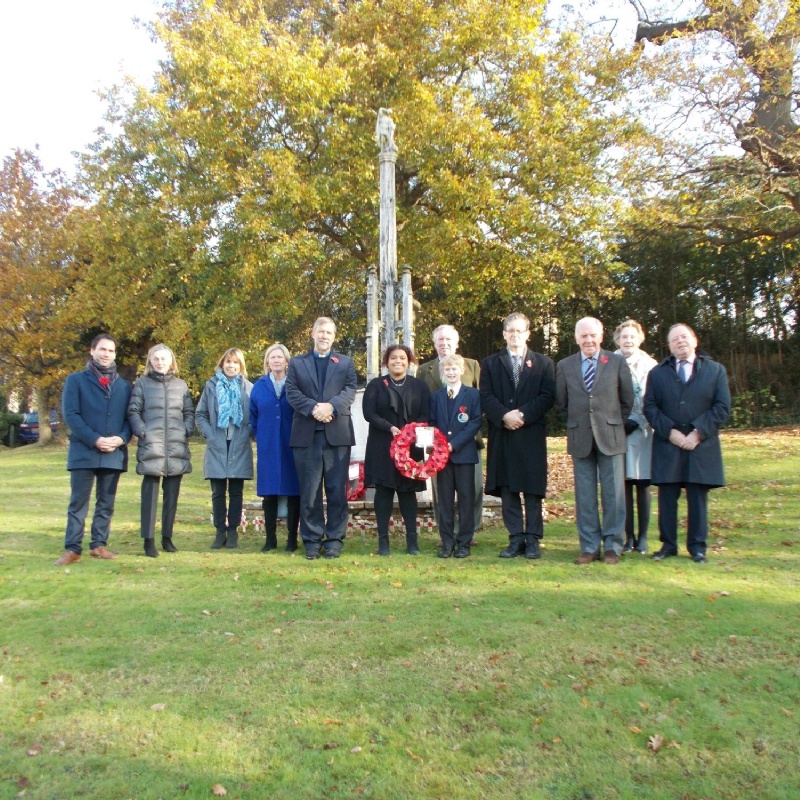 The solemn occasion,which was attended by members of the Northiam community,  was blessed with a beautiful clear, crisp day.  This year, Frewen's wreath was laid by the youngest and oldest student in the Senior School.

Year seven pupils went on to the Village Cemetary afterwards to lay seven crosses on the Commonwealth War Graves.