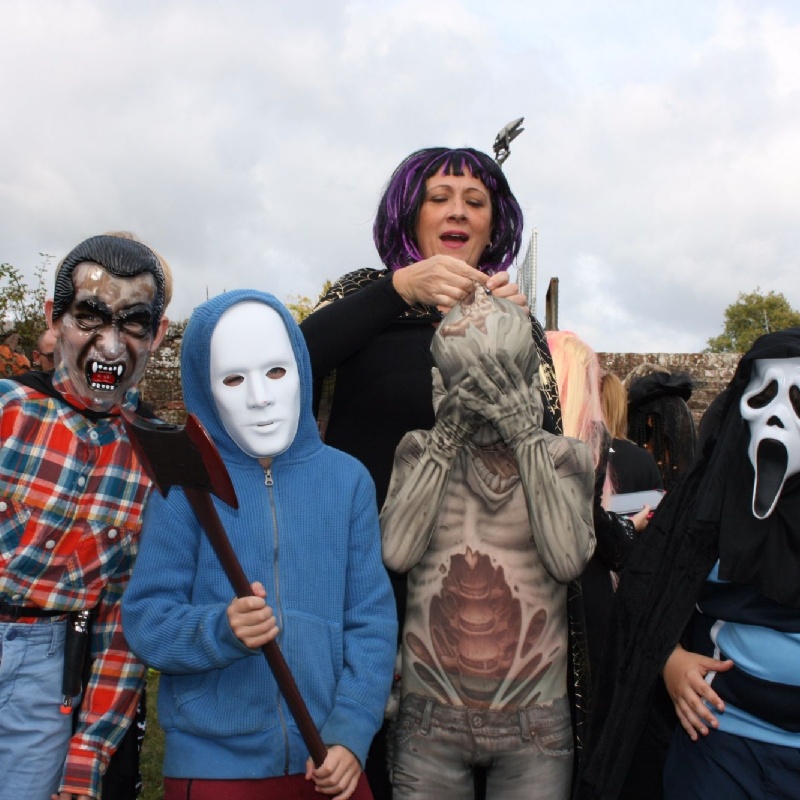 Zombies, witches, vampires and other creatures of the night (aka students, staff, parents, & dogs !) were out in force during daylight hours, recently, for the occasion of Frewen College’s Halloween themed Charity Fun Run.

The event, which is organised by our student council, was held on the last day before October half term  and approximately 120 runners followed a picturesque course through our extensive grounds. Together the ''creatures of the night' raised over £350 for charity.

The money raised will be split between two charities close to pupils’ hearts: Starfish Malawi which supports many schools in Malawi including our link school ‘Chitiwiri’, and ‘Eliana’s Wish to Run’ set up by an ex- member of staff to raise funds to help her daughter Eliana to have a life changing spinal cord operation in the USA.